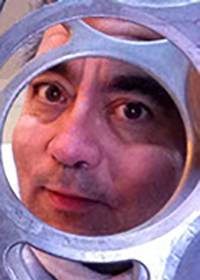 Rob Farr is the executive producer for Arlington TV, Arlington County's government cable channel and website. He has authored or co-authored articles on silent film and early film comedy and is currently working on a joint biography of actor-director Sidney Drew and his wives Gladys Rankin Drew and Lucille McVey Drew. He directs and performs in old-time radio recreations for venues such as the Library of Congress. In 2003 he founded the Slapsticon, a four-day film festival celebrating silent and early sound comedies.

He is currently teaching the History of World Cinema (FAVS 225) at George Mason.