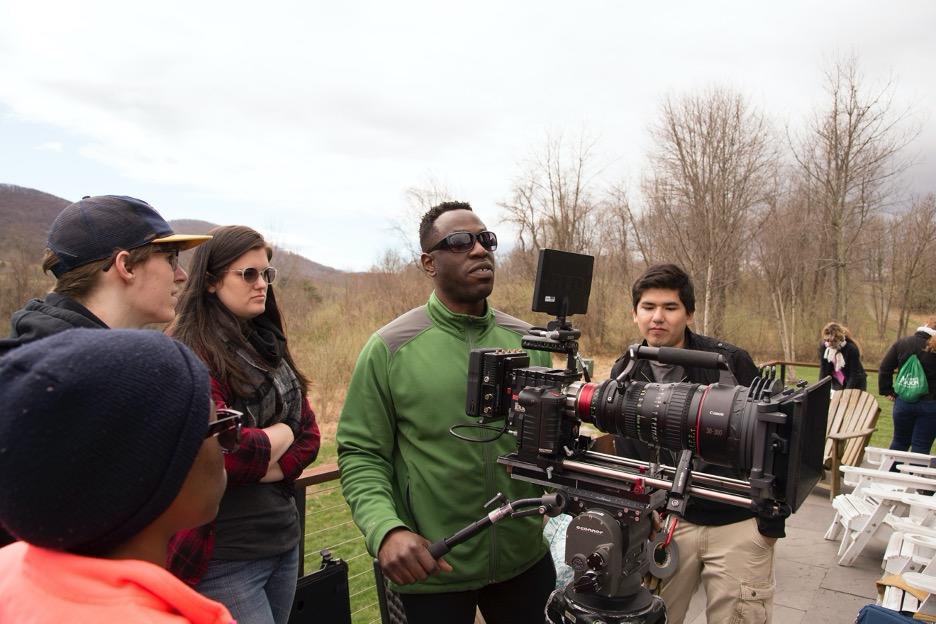 Film at Mason supports and trains a very diverse body of students in telling their stories and exploring the world as it really is.

Our students are presenting their work at film festivals and winning in juried competitions.

Film at Mason students and alumni are achieving recognition on a national level, from Student Academy Awards to regional Emmys.

Kauri George and her crew on the set of her senior film Close Call.