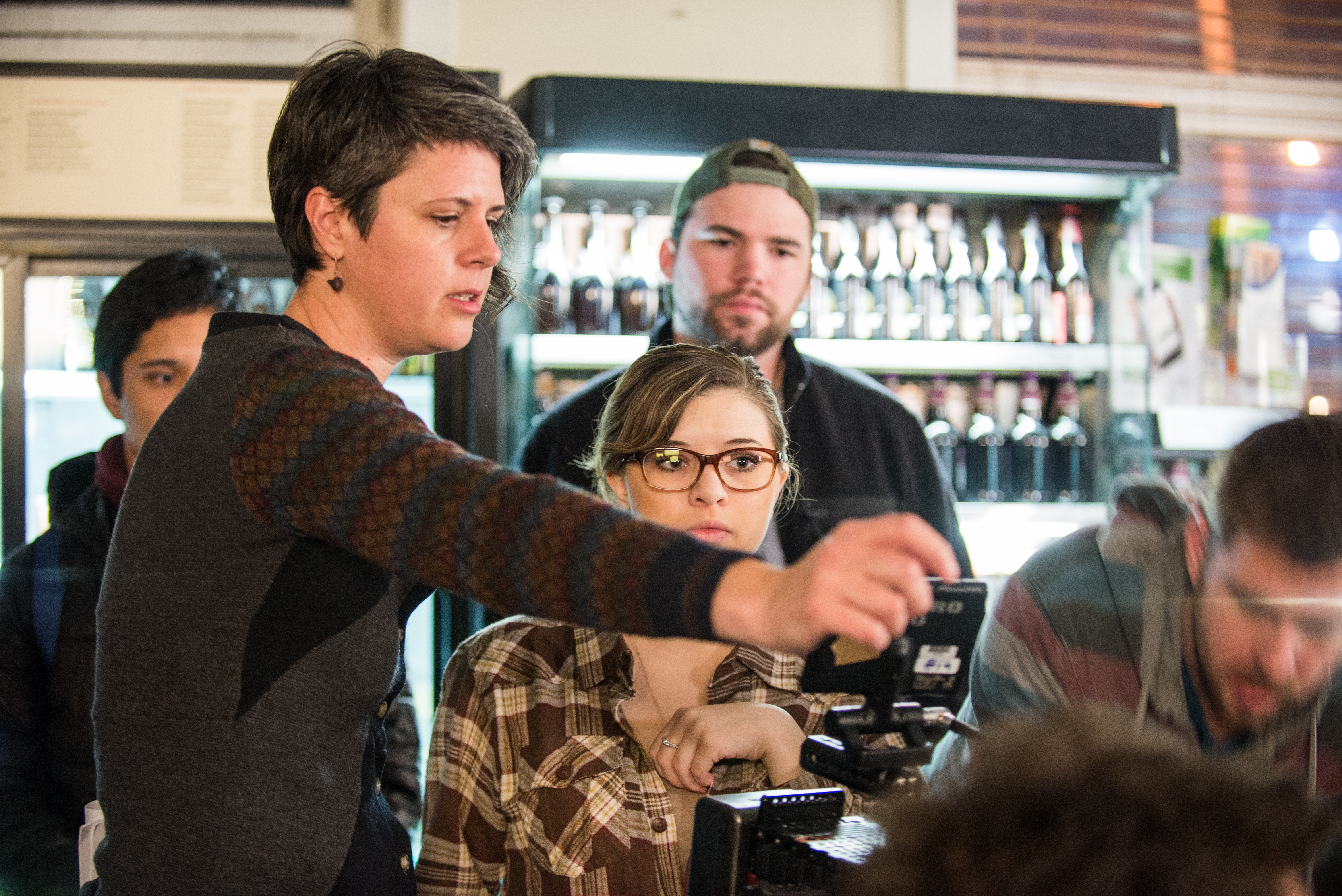 Java was written and directed by Giovanna Chesler and produced and crewed by 60 Film and Video Studies majors.Professor Chesler is a Director and Producer of documentary and fiction film through their production company G6 Pictures. Chesler earned an MFA in Cinema from San Francisco State (Most Distinguished Graduate) and a BA from the University of Virginia at Charlottesville in Anthropology and a minor in Women’s Studies (with Highest Honors.) Professor Chesler directs documentary and narrative films addressing themes of the body, sexuality, and gender. Chesler's films have been exhibited at over 300 film festivals worldwide and in museums and gallery spaces. Chesler is an active member of Film Independent and University Film and Video Association and is a 2019 Media Arts Fellow - D.C. Commission on the Arts and Humanities. Giovanna Chesler's full bio.