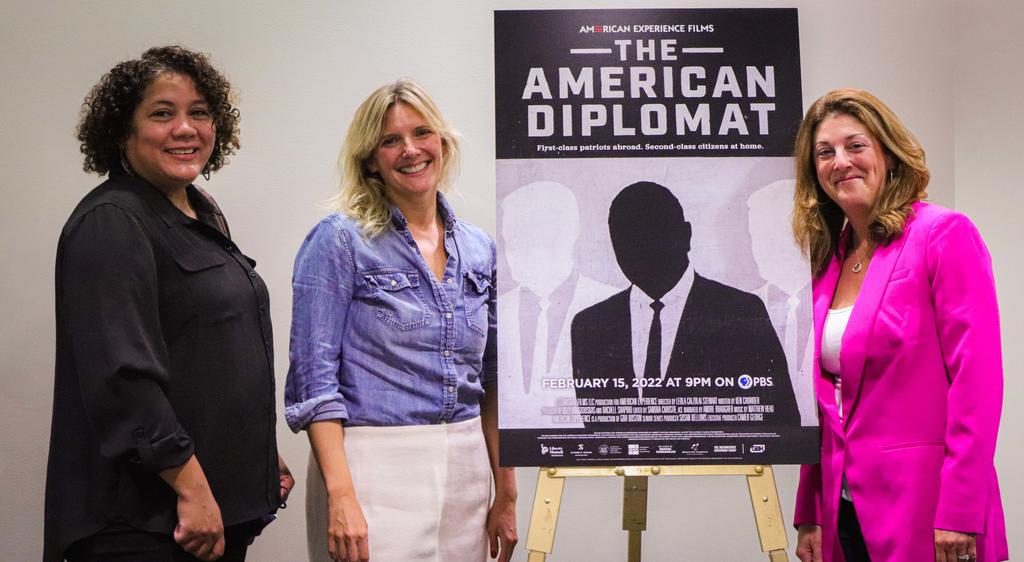 FLOWSTATE Films visited campus for a screening of the documentary The American Diplomat.

We Bring Leaders in Film to You

Each semester, you'll learn from top filmmakers and industry leaders.

Each semester, the Visiting Filmmakers Series at Mason, curated by Professor Cynthia Fuchs, brings award-winning independent films and directors to campus. Since 1995, this series has invited some of the most compelling and celebrated independent filmmakers to George Mason University to exhibit their films, teach a master class, and meet with students, faculty, staff, and community members during day-long visits. Students events include programs across the University, connecting us through film.

Working artists lead master classes with film students that enhance their studies and give students an opportunity to ask questions of a professional in the field. Recent participants include Dan Mirvish, director and co-founder of Slamdance, Roberta Marie Monroe (Producer, Director, and author of How Not To Make A Short Film: Secrets From a Sundance Programmer), and Christine Vachon (Artistic Director of the Stony Brook University MFA in Film program and co-founder of Killer Films, named one of the 50 Most Powerful LGBTQ Players in Hollywood by The Hollywood Reporter in 2020), as well as film financiers, SAG business representatives, seasoned cinematographers, interactive documentary producers, and more.