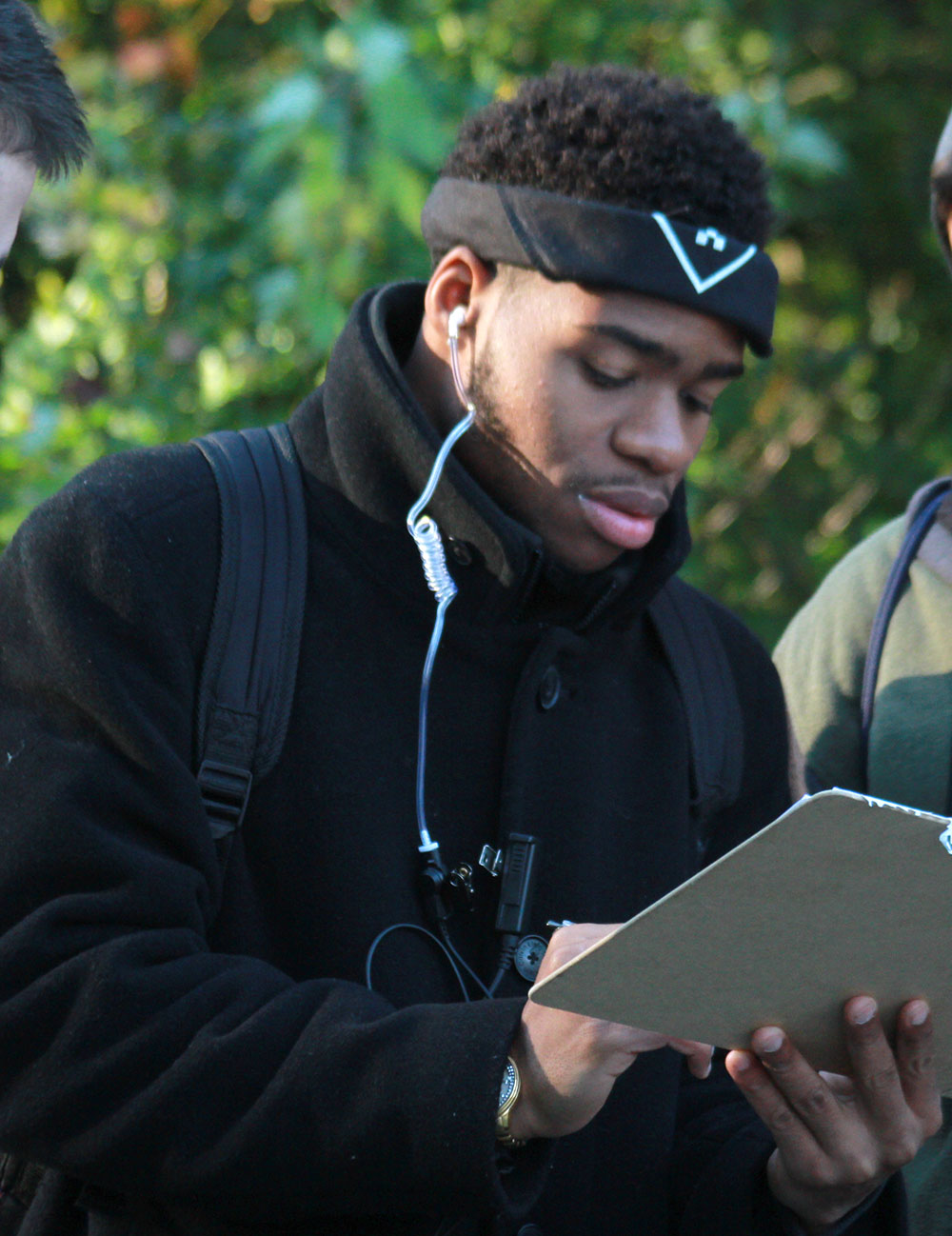 Donovan Jones is a young and motivated director, producer, and entrepreneur whose passion is fueled by telling stories that challenge perspectives and inspire change in the realms of equality & social justice. Since graduating from Mason's film program in 2018, Donovan has been able to work on some major film and tv productions such as Wonder Woman 1984 (2020), Harriet (2019), Showtime’s The Good Lord Bird (2020), and many more. Currently, Donovan is working as a producer assistant on the upcoming Apple TV series Swagger to be executive produced by star NBA player, Kevin Durant.

Although Donovan has enjoyed his time shadowing professional writers, producers and directors, he is eager to continue building his own creative reel with short form music videos, films, and advertisements. He plans on using these pieces to attract diverse audiences with fun, socially conscious material and build a brand for himself and his team. He says: “I believe that the voices within the world of entertainment are the driving forces of cultural, political and social change; Hopefully one day, I can take the wheel."